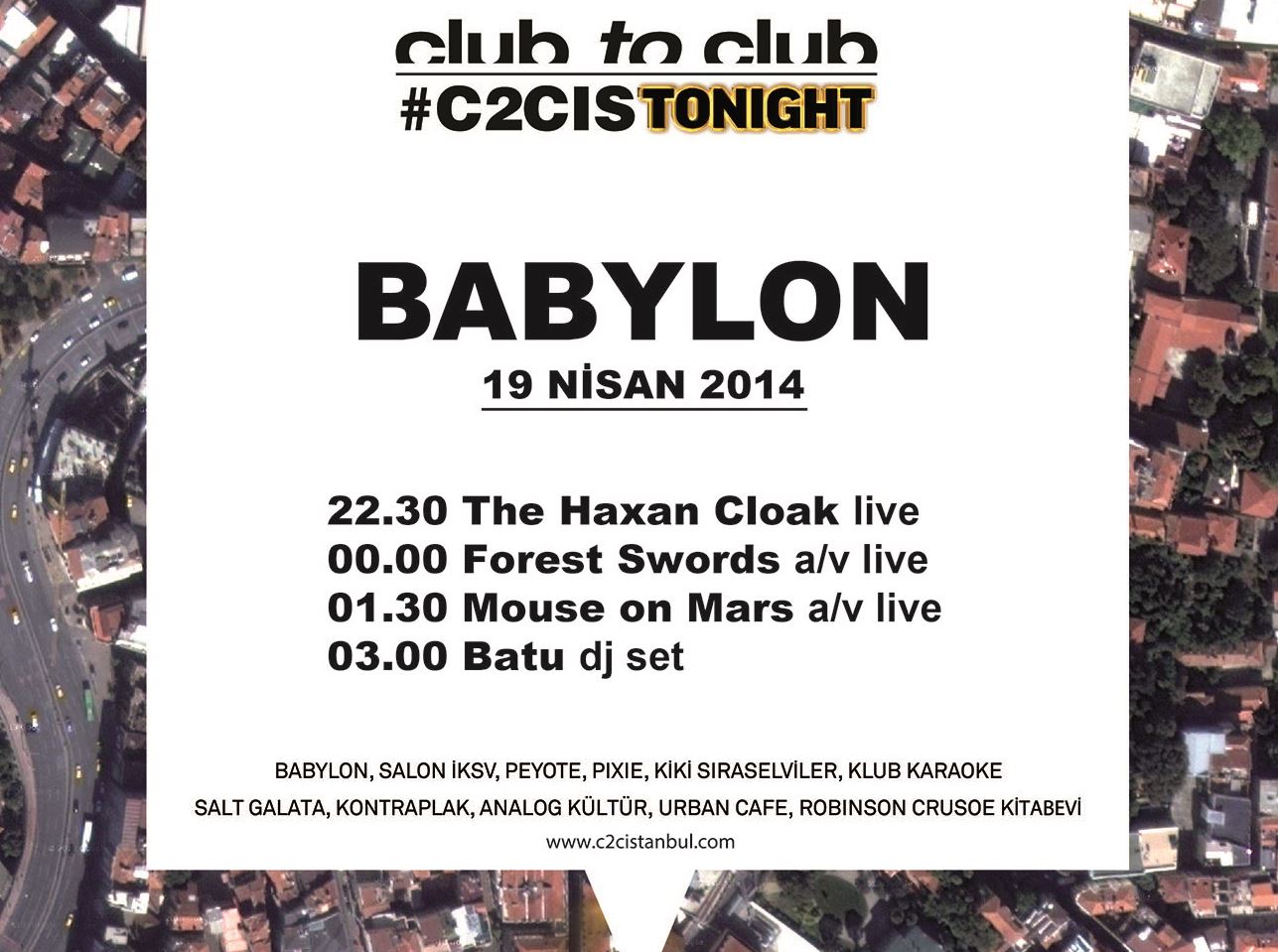 #C2CISTONIGHT is back once again to gather up music lovers on April 18th - 19th!

“#C2CISTONIGHT” is ready to bring to its audience the longest festival experience in its history. Building upon the concept of moving from a place to another in İstiklal Street’s most important and dynamic night clubs, the fifth edition of “#C2CISTONIGHT” will also take over different spots like book stores, record shops and art galleries to the festival schedule this year stretching over two days.

“#C2CISTONIGHT” will be hosting many thrilling names in the contemporary electronic and pop music scene over two days such as Oneohtrix Point Never, whose last record “R Plus Seven" was hailed as one of the best albums of last year by music magazines, IDM gurus Mouse on Mars, Forest Swords & The Haxan Cloak, whose albums also met universal acclaim in 2013, the mysterious Zomby, Tri Angle talent and Kanye West producer Evian Christ, Bristolian collective Young Echo, Berlin-based Italian DJ & producer Lucy, and more to be announced. Prepare yourselves to experience a non-stop music and art festival!