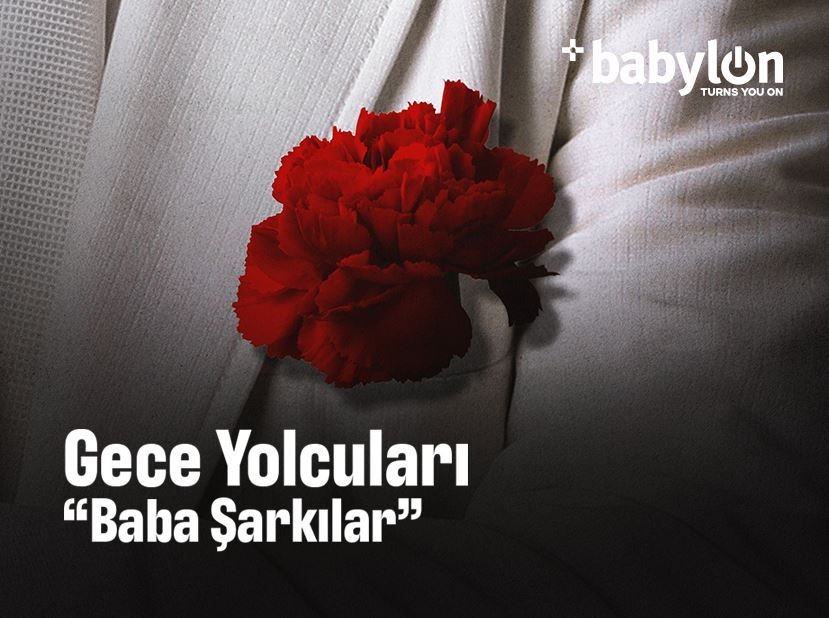 Gece Yolcuları, Turkey’s well-liked pop-rock group for over 18 years, will be with us on January 24th to voice their own interpretations to songs by “Baba” nicknamed Müslüm Gürses.


The group made their debut in 2004, quickly taking place at the top of the lists with their song “Unut Beni”. Widening their fan base with their self-defined “melodic pop-rock” style songs, they released their second album “Gece Yolcuları 2”, gaining even more popularity with their track “Seninle Bir Dakika”. Throughout their music career, they performed at many universities and numerous cities within Turkey. For this special project, Gece Yolcuları will be voicing a special repertoire of Müslüm Gürses songs, including ones from his arabesque rock album “Sandık”. Made up of Edis İlhan on vocals, Uğur Arslantürkoğlu and İlkay Dindar  on guitar, Orkun Gezer on bass guitar and Deniz Kaymaraz on drums, Gece Yolcuları will be accompanied by a string and rhythm group on this special project named “Baba Şarkılar”.