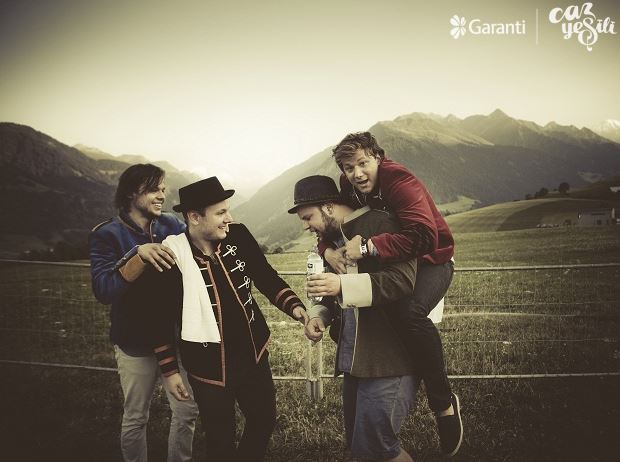 As part of Garanti Caz Yeşili concerts, The Buchli brothers’ folk-rock formation 77 Bombay Street, will be at Babylon on 20th of March!


Matt, Joe, Esra and Simri-Ramon brothers who can bring together successfully all their differences in one place as a family band set up 77 Bombay Street. The Buchli family moved to Australia for two years and after they went back to Switzerland four brothers decided that they didn't want to live in the city and a short time later they formed a band. 77 Bombay Street began to enter band competitions, and  won both the Little Prix Walo and the MyCokemusic Contest. With the songs '47 Millionaires' and 'Long Way', they have conquered the radio waves and are get both positive media reviews and encouraging feedback. After their well recived album Up in the Sky in 2012 Oko Town was released.