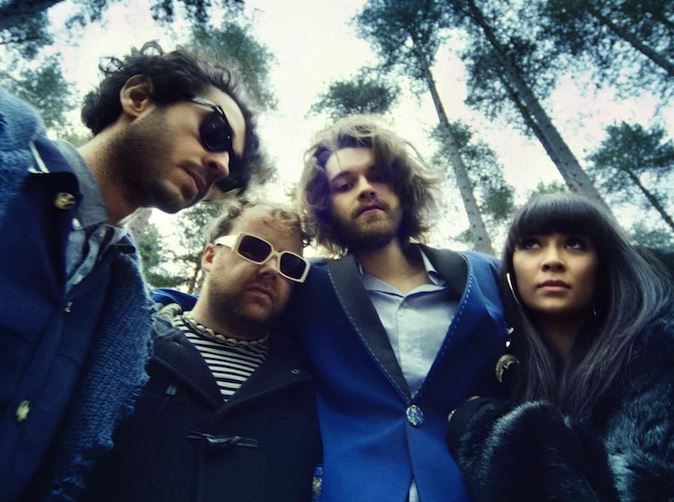 
The band also consists of Brazilian guitarist MC Lord Magrao, Scottish percussionist Greig Stewart and Canadian double bassist Aristazabal Hawkes. They use their eclectic influences and personal musical styles to create a catchy pop sound and an energetic live show that have won them many fans through the years. Their debut “Through the Windowpane” was nominated for the 2006 Mercury Music Prize but they’ve lost it to Arctic Monkeys. Their second album “Red” managed to reach number 9 in the UK Albums Chart. Now for the first time, as a part of their tour for their latest album “Walk The River”, Guillemots is in İstanbul for a one-night-only show in Babylon.

***50% discount on all alcoholic beverages at Babylon and Babylon Lounge... Every day till 9:30 p.m.

Guillemots is a multinational band. Lead singer is British, guitarist is Brazilian, double bass player is Canadian and percussionist is Scottish. And that is all reflected in their music.

Playing their own version of indie rock, Guillemots has been nominated for the “Best Live Act” at the BRIT Awards. That means a very strong live performance awaits us.

Their debut album “Through the Windowpane” was nominated for a Mercury Award in 2006.

They played live for David Lynch’s classic “Eraserhead” movie at the Latitude Festival.

Frontman Fyfe Dangerfield has the talent to sound in very different octanes and has a very unique voice.

They have collaborated with The Noisettes’ lead singer Shingai Shoniwa and Ida Maria.

Their music will be appreciated by both indie-rock and progressive-rock lovers.