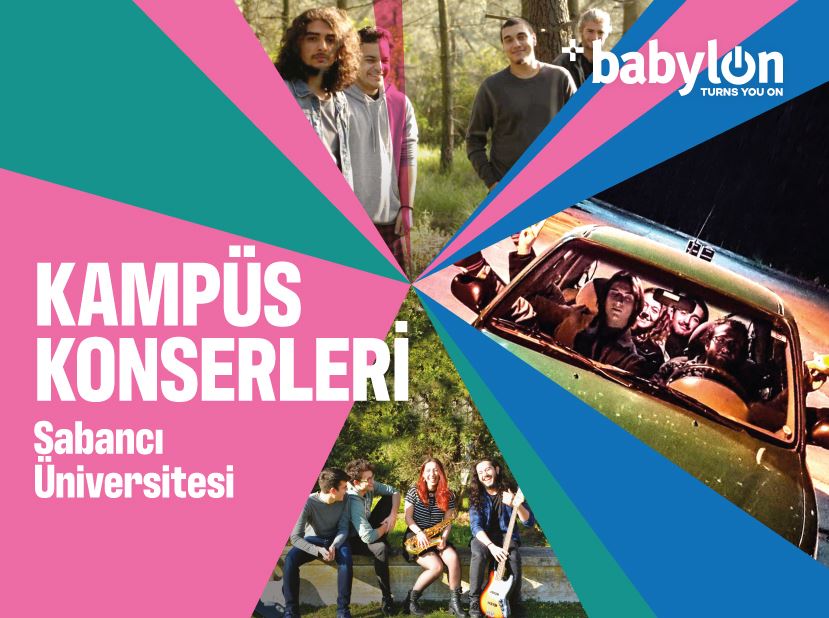 False Cassettes was formed in 2016 when a group of music-enthusiast Sabanci University students got together and started creating music in order to express themselves. The group’s first EP of 5 songs “Visions” was released in the beginning of 2018. They are continuing to write new compositions along with voicing their own interpretations of songs by Led Zeppelin, Muse and Queens of the Stone Age, providing their listeners selections ranging from stoner rock to hard rock.

The rock and metal group Son Shuttle Kacti was formed in November 2017, aiming to carry the warmth and sincere bond of a friendship to the stage through music. With a high-energy setlist that includes both Turkish and English songs, the group is continuing their performances and aims to give concerts to their fans all around the city.

The group was formed at the end of 2017 by Ecem Oyku Yildirim, Efe Cagferoglu, Timur Zyrtloglu and Ege Kumkumoglu. Focusing more on blues and rock, The Clues previously performed many times on and off campus for the Sabanci University Music Club and gave concerts at the DasDas and Sokak stages. The group gives unique cover performances, filled with a variety of guitar, alto saxophone and drum solos.