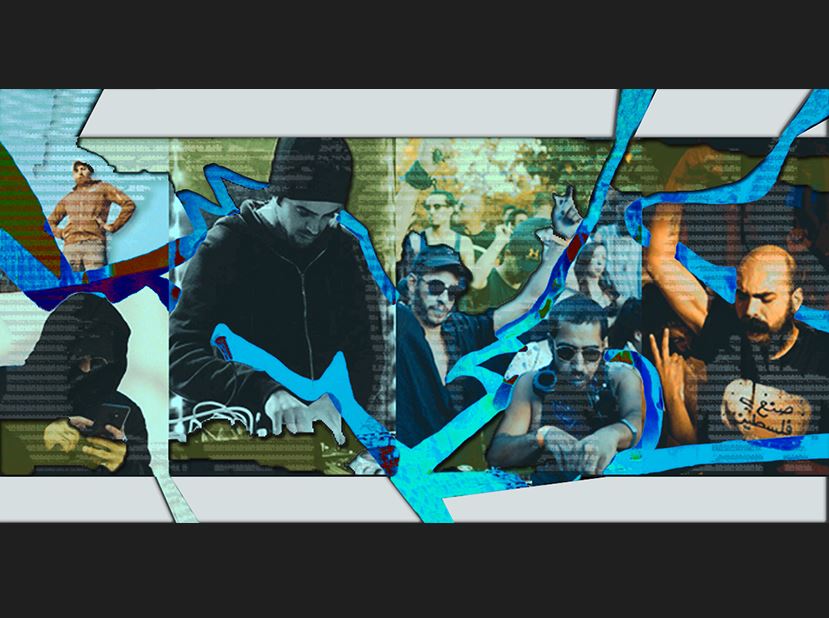 Ramallah based producer, beatmaker and MC Muqata'a creates an avangarde noise sound with his records, singles and electronic samples. Having toured actively in Europe and Middle East until 2009, Muqata'a is among the founders of ''Ramallah Underground Collective'' and ''Tashweesh''. He released his debut album ''Hayawan Nateq'' in 2013 and his second album ''Dut-Al-Ghoubar'' in 2017. He recorded his third album ''Inkanakuntu'' with SOUK Records and released songs for international and local movies, and dance and theatre performances.

One of the leading DJ and producers of the Ramallah underground scene, ODDZ, has been growing his fame since 10 years with his parties. He is one of the most important names of the region music scene with his record label Harara and Palestine based Radio Nord.  He has been bringing the underground and techno culture to Palestine with his DJ performances and impressive sets, and took stage in Amman, Berlin, Beirut, Vienna, Budapest and Istanbul. ODDZ shared his sets radios such as NTS and Fnoob, as well Boiler Room, Kater Blau, Fusion Festival and Samsara Festival. He released his single ''Acid Martire'' with Bonime in 2018.

Haifa based DIY music and art collective Jazar Crew is formed of young musicians, using music, art and educational content to develop the Palestinian underground scene and fire up an artistic movement.  The band built a bridge between different audiences by organizing underground parties in cities such as Haifa and Ramallah.  Aiming to create a unique underground scene and a safe dance floor for the youth in the region, the band grew their fame with performances in Galilee, Ramallah, Jerusalem, Yafa, Antwerp, Paris and New York. Alongside electronic, slow beat and Arabic melodies in their sets, the band members blend different styles in their projects.

Ramallah based independent record label BLTNM was founded in 2015 by MC Shabjdeed and Shambouri, producer Al Nather and visual artist Faris Amin.  Supporting artsits and outputs from Morocco to Iran, the record label will be our guests with its live performances and DJ sets.

ROOT is an organization supporting independent musicians, helping them to grow in multiple areas. ROOT gathers musicians and artists from different disciplines from all over the world to build new bridges and collaborations.

Aiming to create innovative and alternative creations, Contrapol's mission is to gather people with different locations and creations by building bridges. Contrapol aims to touch people's lives in the local, regional and global scales.